Página 37
The reviser , of Lewond , though perhaps equally ignorant of the true chronology
of the events , makes the lesser error of putting it in Yazid II ' s reign ( 720 - 24 ) .
The siege , of course took place under Sulaymān and ' Umar II ; however , the ...
Página 38
The event in question can only be the great siege of 674 - 78 , during the reign of
Constantine IV ; it seems to me that the monophysite Sebēos , by accident or
design , incorporated a story about the pro - Chalcedonian Constantine IV into
the ...
Página 65
miscreant promises long reign to ruler in exchange for the images , ruler accepts
and carries out the bargain . In the Narratio , however , the milieu is Syria and the
ruler the caliph Yazid II . After a short preface about Sulaymān , ' Umar , and ... 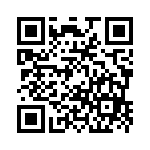