Seite xiii - Dr. Arrigo began his professional career as a community organizer and social activist for the homeless, the mentally ill, the working poor, the frail elderly, the decarcerated, and the chemically addicted.
Wird in 11 Büchern von 1953 bis 2006 erwähnt
Seite xiii - He holds additional faculty appointments in the Psychology Department and the Public Policy Program.
Wird in 2 Büchern von 2006 bis 2007 erwähnt

Bruce A. Arrigo, Ph.D., is Professor of Criminology, Law, and Society at the University of North Carolina – Charlotte. He holds additional faculty appointments in Psychology, in Public Policy, and in Public Health Sciences. Dr. Arrigo has (co)authored or (co)edited) 30+ books and 175+ scholarly papers in the areas of justice and social welfare at the intersection of law, mental health, and society. He also is the founding and current editor-in-chief of the Journal of Forensic Psychology Practice, a Fellow of both the American Psychological Association and the Academy of Criminal Justice Sciences, and has served as a consultant to the Correctional Service of Canada, the National Institute of Justice, the National Science Foundation, and Savant Learning Systems. 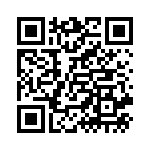