Página 83
[Report of committee on the address of the inhabitants of Post St. Vincents x] The
Committee [consisting of Mr, Jeremiah Wadsworth, Mr, William Irvine and Mr.
James White] to whom was refered the Petitions of the French and American ...
Página 177
The Sec7 of Congress reports agd That the letter of the 1 6 March 1 788 from Mr
Jefferson be referred to a committee.1 [Report ... 192, the letter was referred, in
conformity with the report, to a committee consisting of Mr. Abraham Baldwin, Mr.
Página 632
The Committee, consisting of Mr. Wadsworth, Mr. Irvine and Mr. White, to whom
was referred the / Petition .... Broadside Copies are in the Library of Congress,
Papers of the Continental Congress, No. 19, VI, p. 7 and Broadsides. They
measure ... 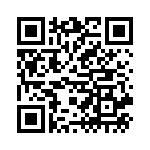