I thought this book provided a very thorough introduction and practical guide to the Semantic Web from basics in RDF through advanced techniques with OWL. Ler resenha completa

This is one of the best books I read on Semantic Web and its alternative title should be "The Most Gentle Introduction to the Semantic Web". Gentle indeed, but not in the sense of "semantic web for ... Ler resenha completa

Dean Allemang is the chief scientist at TopQuadrant, Inc.—the first company in the United States devoted to consulting, training, and products for the Semantic Web. He co-developed (with Professor Hendler) TopQuadrant’s successful Semantic Web training series, which he has been delivering on a regular basis since 2003. He has served as an invited expert on numerous international review boards, including a review of the Digital Enterprise Research Institute—the world’s largest Semantic Web research institute — and the Innovative Medicines Initiative, a collaboration between 10 pharmaceutical companies and the European Commission to set the roadmap for the pharmaceutical industry for the near future.

Jim Hendler is the Tetherless World Senior Constellation Chair at Rensselaer Polytechnic Institute, and has authored over 200 technical papers in the areas of artificial intelligence, Semantic Web, agent-based computing, and web science. One of the early developers of the Semantic Web, he is the Editor-in-Chief emeritus of IEEE Intelligent Systems and is the first computer scientist to serve on the Board of Reviewing Editors for Science. In 2010, he was chosen as one of the 20 most innovative professors in America by Playboy magazine, Hendler currently serves as an "Internet Web Expert" for the U.S. government, providing guidance to the Data.gov project. 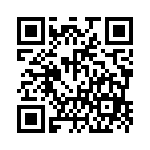