Donald G. Kyle is Professor and Chair of History at the University of Texas at Arlington. An award-winning teacher, he has been honoured by the University as a Distinguished Teaching Fellow. He has published "Athletics in Ancient Athens" (Revised Edition, 1993) and "Spectacles of Death in Ancient Rome" (1998) and co-edited "Essays on Sport History and Sport Mythology" (1990). He has appeared in History Channel shows on gladiators (1996) and crime in Rome (2005) and PBS and History Channel shows on the Ancient Olympics (2004). 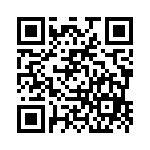