Página 25
chiefest poyntes and motiffs of this disturbance in France: yet on ether side there
hath been no great blow given; the last ... Jacques Nompar de Caumont, Duke de
la Force, in Perigord, Peer and Marshal of France, Captain of the King's Body ...
Página 26
Jean Louis de Nogaret de la Valette, Duke of Epernon, Peer and Admiral of
France, born May 1554. Died 1642. * See note f, p. 25. * Concino Concini, known
by the name of Marshal D'Ancre, was a native of the County of Penna in Tuscany,
...
Página 102
to the magistrats of the cittie and to the court of parliament declaringe thatt for the
good of France, which was ... He says, on the other hand, that it was without a
precedent that a man should be honoured with the dignity of Marshal of France ... 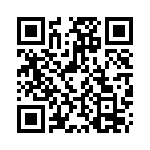