ROBERT E. BECKLEY is Professor of Sociology and Program Director for Sociology at West Texas A&M University in Canyon, Texas. He is the co-author of Religion in Contemporary Society, now in its third edition. He is the author of more than 80 articles, book reviews, and scholarly papers in the areas of sociology of religion, juvenile delinquency, and deviance. He is a past president of the Southwestern Sociological Association. In addition, he is an ordained elder in the Presbyterian Church (U.S.A.).

JEROME R. KOCH is Associate Professor of Sociology at Texas Tech University in Lubbock, Texas. He is the author of articles and scholarly papers in the areas of sociology of religion, sociology of medicine, and deviance. In addition, he is an ordained minister in the Presbyterian Church (U.S.A.). 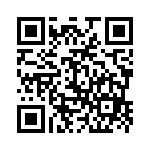