Eric Murphy Selinger is Assistant Professor of English at DePaul University. His essays and reviews have appeared in Parnassus, the Washington Post, the Boston Phoenix, and elsewhere. 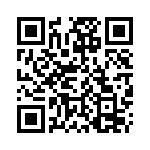