The Island Will Sink

Briohny Doyle is a Melbourne-based writer and academic. She was born on April 27, 1983. Her work has appeared in publications like The Lifted Brow, Overland, Going Down Swinging and Meanjin, among others, and she has performed her work at the Sydney Festival and at the Museum of Contemporary Art, Sydney. Her debut novel is entitled The Island Will Sink and is due out in August 2016. 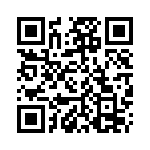