The 57 male novelists in this volume range from Isherwood and Baldwin to Maupin and Leavitt, with some lesser-known writers appearing as well. There are notable absences, but several authors requested ... Vollständige Rezension lesen

EMMANUEL S. NELSON is Associate Professor of English at the State University of New York College at Cortland. His special interests in gay literature, post colonial literature, and ethnic American literature are reflected in his publications, including Connections: Essays on Black Literatures, AIDS: The Literary Response, and Reworlding: The Literature of the Indian Diaspora (Greenwood Press, 1992). 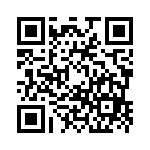