Ralph Martin (1925-2013) was a distinguished New Testament scholar and a significant figure in the post-World War 2 resurgence of British evangelical scholarship. Born in Anfield, Liverpool, England, his early education was interrupted in 1939 by the war, and he was conscripted to work in the coal mines of Lancashire. After the war he pursued ministerial training at Manchester Baptist College and in 1949 earned his B.A. at the University of Manchester. In 1963 he completed his Ph.D. at King s College, University of London. In 1969 Martin joined the faculty of Fuller Theological Seminary in Pasadena, California, where he would serve as professor of New Testament from 1969 to 1988, and director of the graduate studies program beginning in 1979. He resumed his teaching there in 1995 as Distinguished Scholar in Residence. Throughout his academic career he stayed involved in preaching, teaching laypeople and other pastoral ministry. He was the author of numerous studies and commentaries on the New Testament, including Worship in the Early Church, the volume on Philippians in The Tyndale New Testament Commentary series, and 2 Corinthians and James in the Word Biblical Commentary, for which he also served as New Testament editor. 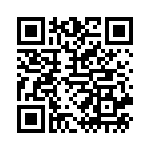