Página 114
But whoever appear with arms in their hands will be welcome ; and when that
day arrives , heaven have mercy on the Ottomans , they cannot expect it from the
Giaours . But instead of considering what they have been , and speculating on ...
Página 259
And if it be Prometheus stole from Heaven The fire which we endure , it was
repaid By him to whom the energy was given Which this poetic marble hath array'
d With an eternal glory -- which , if made By human hands , is not of human
thought ...
Página 281
Four thousand prisoners , nineteen galleys , many smaller vessels and barks ,
with all the ammunition and arms , and outfit of the expedition , fell into the hands
of the conquerors , who , had it not been for the inexorable answer of Doria ... 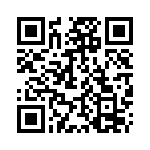