Walt Whitman (1819-1892) was born on Long Island and educated in Brooklyn, New York. He served as a printer's devil, journeyman compositor, itinerant schoolteacher, editor, and unofficial nurse to Northern and Southern soldiers.


Michael Warner is professor of English at Rutgers University. His most recent works include American Sermons: The Pilgrims to Martin Luther King, and his essays and journalism have appeared in the Village Voice, the Nation, and other magazines. 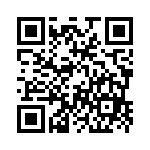