Vincent Colapietro is professor of philosophy at Pennsylvania State University and incoming president of the Metaphysical Society of America. He is author of Glossary of Semiotics and Peirce's Approach to the Self and editor of three other books. 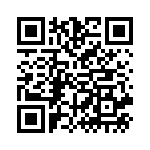