M. R. James (1862–1936) is considered the father of the British ghost story. Before gaining fame as a fiction writer, James had a career as a respected scholar of the medieval period. With the release of his Ghost Stories of an Antiquary, James built a reputation in horror literature that has gone on to inspire greats such as H. P. Lovecraft, Clark Ashton Smith, and Stephen King. James later became provost of Eton College from 1918 until his death in 1936. He is buried in Eton. 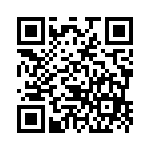