Página viii
Potsdam . BURKITT , Diatessaron = BURKITT , F . C . , Tatian ' s Diatessaron and
the Dutch Harmonies , in JTS , XXV ( Oxford , 1924 ) , 113 - 130 . BURKITT , Early
Christianity = BURKITT , F . C . , Early Christianity outside the Roman Empire .
Página 5
First , Burkitt found that the patristic evidence collected by him did not prove that
this version , to which the Sinai Palimpsest and Cureton ' s manuscript belong ,
enjoyed a wide circulation in the Syrian Church . He stated confidently that the
Old ...
Página 6
In spite of the negative character of the answer , it is clear that Burkitt ' s results
had an immense influence upon investigation and that they deserve to be
evaluated as an epoch in textual criticism . Immediately after Burkitt ' s solution to
the ... 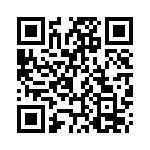