Sumit Ganguly is a Professor of Political Science and the Rabindranath Tagore Chair in Indian Cultures and Civilizations at Indiana University, Bloomington. He is the author of numerous books including India's Foreign Policy: Retrospect and Prospect (2010); Nuclear Proliferation in South Asia, with S. Paul Kapur (2008); and The Routledge Handbook of Asian Security Studies (2010), co-edited with Andrew Scobell and Joseph Liow.

Rahul Mukherji is Associate Professor of South Asian Studies at the National University of Singapore. He is the editor of India's Economic Transition: The Politics of Reforms (2007) and India: The Political Economy of Reforms (2004), co-edited with Bibek Debroy. 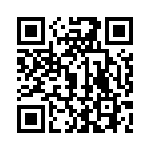