Página 9
I do not mean that there will be the kind of consensus that arises when each
individual present candidly expresses what he really feels and honestly agrees
with the expressed feelings of the others present. This kind of harmony is an
optimistic ...
Página 81
The individual may privately maintain standards of behavior which he does not
personally believe in, maintaining these standards because of a lively belief that
an unseen audience is present who will punish deviations from these standards.
Página 82
imagine an audience to be present. (In all of this we see the analytical difference
between the concept of a team and that of an individual performer.) This should
make us go on to see that a team itself may stage a performance for an audience
...

The thesis of this little book came close to "No shit, Sherlock" territory for me. We perform our roles in life to convince the people around us that we are who we say we are. What makes the book ... Ler resenha completa

A generally engaging and broad exploration of the ways in which we attempt to define the situations we live in by how we present ourselves and by how we treat others' presentations of themselves to us. Ler resenha completa

Erving Goffman, an American sociologist, received his Ph.D. from the University of Chicago. He is known for his distinctive method of research and writing. He was concerned with defining and uncovering the rules that govern social behavior down to the minutest details. He contributed to interactionist theory by developing what he called the "dramaturgical approach," according to which behavior is seen as a series of mini-dramas. Goffman studied social interaction by observing it himself---no questionnaires, no research assistants, no experiments. The title of his first book, The Presentation of Self in Everyday Life (1959), became one of the themes of all of his subsequent research. He also observed and wrote about the social environment in which people live, as in his Total Institutions. He taught his version of sociology at the University of Pennsylvania; he died in 1983, the year in which he served as president of the American Sociological Association. 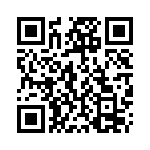