Página 6
Ephraem's quotations , however , are of such varying quality , that even what
appears to be direct quotation can be misleading . Indeed , reconstructing a
biblical text from Ephraem is often like putting together the King James version
from John ...
Página 44
As all of our witnesses agree on its use here , so do they all agree ( when extant )
in translating öpa used in direct question by n , with two exceptions , Lk 1:66 and
12:42 , where P has it , but L does not , even though it is found in all the Greek ...
Página 199
When Nicodemus used , according to Ephraem , the conjuction owe to introduce
a direct question , L used a typically Syriac word . Nevertheless I think Joosten
may be right at a different level . Some of these alleged Palestinian words and ... 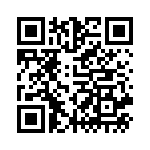