The son of a Revolutionary War hero, Robert E. Lee was born in Stratford, Virginia, in 1807. He was educated at the United States Military Academy in West Point. During the Mexican War, Lee distinguished himself as an army officer and was wounded during the storming of Chapultepec. He later served as superintendent of the U.S. Military Academy and commanded the combined force of soldiers and marines that captured John Brown at Harper's Ferry in 1859. Abraham Lincoln offered Lee field command of all Federal forces but the Virginian declined, choosing instead to become commander of the Army of Northern Virginia in the Confederate forces. 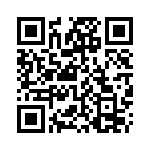