Página 19
Many years later , however , the play with the intriguing title had remained with
me , and , when I read Un « reel » ben beau , ben triste in 1998 , I found a play
that seemed to me to fit the mandate of the commissioning company as described
in ...
Página 43
... As I argue elsewhere ( Corbett , 2006 ) , along with Liz Lochhead ' s versions of
Medea ( 2000 ) and Thebans ( 2004 ) , Phaedra marks a post - devolutionary
return to neo - classical drama in Scots , and resists a simple postcolonial
reading .
Página 136
She viewed fairy tales as ideal reading matter for young children : ' the general
tenor of old - fashioned fairy - lore . . . furnishes as much moral teaching as can
well be taken in at the age of six or seven ' . Mrs Paull was undoubtedly part of
the ...

Gunilla Anderman is Professor of Translation Studies at the University of Surrey where she teaches translation theory, translation of drama and translation of children's literature, fields in which she has published and lectured widely in the UK as well as internationally. She is also a professional translator with translations of Scandinavian plays staged in the UK, USA and South Africa. Her latest book is Europe on Stage: Translation and Theatre (2005). She is joint editor of the series Translating Europe. 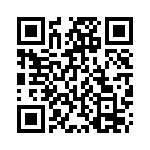