I found this book in my church information centre.The unusual title of the book and a rivetting cover page immediately drew my attention to the book. I found this book to be a page turner,unusual for ... Ler resenha completa

The author is a Jesuit priest who is asked by the author of a play about Judas to act as a theological advisor to the production. The actors and playwright wrestle with the story of Judas and whether ... Ler resenha completa

James Martin, SJ, is associate editor of America magazine. A prolific author, writer, and editor, his books include Searching for God at Ground Zero, In Good Company, My Life with the Saints, and A Jesuit Guide to (Almost) Everything, and his articles have appered in The New York Times, The Philadelphia Inquirer, The Tablet, and Commonweal. He resides in New York City.

Stephen Adly Guirgis is an American playwright, screenwriter, and actor. He is a member and co-artistic director of New York City's LAByrinth Theater Company. His plays have been produced on five continents and throughout the United States. His plays include The Little Flower of East Orange, Our Lady of 121st Street, Jesus Hopped the ‘A’ Train, In Arabia, We’d All Be Kings, and The Last Days of Judas Iscariot produced by LAByrinth in collaboration with The Public Theater in 2005. 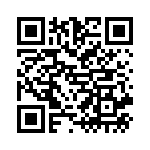