prolific author on all aspects of the philosophy of science and a pioneer in philosophy of technology, Mario Augusto Bunge was born in Buenos Aires, Argentina, in 1919 and educated at the Universidad Nacional de La Plata, receiving his Ph.D. in physics in 1952. He did research work in and taught theoretical physics in Argentina before moving to the United States in 1960, where he taught at several universities, including the University of Pennsylvania, Texas, Delaware, and Temple University. He moved to Montreal in 1966, where he remains and has been Frothingham Professor of Logic and Metaphysics at McGill University since 1981. Bunge insists on describing both science and technology exactly as they are. His pioneering approach to the philosophy of technology includes a clear characterization of all the components of technological systems in systems-theory terms, including their value commitments and relationships to other institutions. Outspokenly critical of what he views as pseudo-science, including psychoanalysis, Bunge is equally strong in his defenses of democracy, although he also sees it as subject to much abuse. 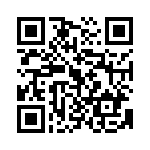