Henry Wace (1836-1924), former Dean of Canterbury and noted turn-of-the century scholar, author, and editor, is especially known for his work on the four-volume "Dictionary of Christian Biography" and with Philip Schaff on the fourteen-volume "Nicene and Post-Nicene Fathers, Second Series."

William Piercy was a church historian and editor who lived during the early twentieth century. 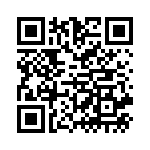