Washington Irving, one of the first Americans to achieve international recognition as an author, was born in New York City in 1783. His A History of New York, published in 1809 under the name of Diedrich Knickerbocker, was a satirical history of New York that spanned the years from 1609 to 1664. Under another pseudonym, Geoffrey Crayon, he wrote The Sketch-book, which included essays about English folk customs, essays about the American Indian, and the two American stories for which he is most renowned--"The Legend of Sleepy Hollow" and "Rip Van Winkle." Irving served as a member of the U.S. legation in Spain from 1826 to 1829 and as minister to Spain from 1842 to 1846. Following his return to the U.S. in 1846, he began work on a five-volume biography of Washington that was published from 1855-1859. Washington Irving died in 1859 in New York. 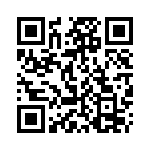