Excerpts from Lincoln's autobiographical writings, some quite brief, selected, edited, and annotated by Zall, a senior researcher at the Huntington Library. Zall wants these passages culled from ... Vollständige Rezension lesen

Paul M. Zall (1922-2010), Emeritus Professor of English at California State University at Los Angeles, was a research scholar at the Huntington Library. He is the author of many books including Lincoln on Lincoln, Jefferson on Jefferson, and Franklin on Franklin. 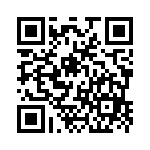