Página 17
By 1620 , Young was in Hamburg , where Milton writes to him , saying that he writes out of love because “ vagrant Rumor alas , the veracious reporter of disasters – says that in regions bordering upon you wars are ready to burst out ” .
Página 29
1 Archbishop Laud , Joseph Hall , Bishop of Norwich , and others were engaged in a fierce pamphlet war , defending the establishment , while Thomas Young and a group of Puritan preachers urged change , writing under the collective name ...
Página 51
( III , 23-30 ) In Book III , when Christ is tempted by Satan , he is in a position similar to that of Edward King when he was drowned and to the young Milton himself . Christ is for the most part unknown to the world , and Satan is ... 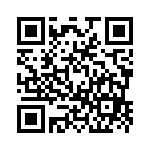