Página 16 - If the United States remains the trustee of every non-communist area, it will exhaust its psychological resources. No country can act wisely simultaneously in every part of the globe at every moment of time. A more pluralistic world — especially in relationships with friends — is profoundly in our long-term interest.
Aparece em 16 livros de 1922-2008
Página ix - ... committees on matters involving national security or transportation. He was a member of the President's Science Advisory Committee 1962-65 and 1969-72 and of the Defense Science Board 1966-69. He is a Fellow of the American Physical Society and of the American Academy of Arts and Sciences, and a member of the National Academy of Sciences, the Institute of Medicine, and the Council on Foreign Relations.
Aparece em 27 livros de 1915-2008

Bradley D. Jett is the James Hurley Professor of Biology at Oklahoma Baptist University (OBU) in Shawnee, Oklahoma, USA. He completed his B.S. degree in Biology from OBU, followed by his Ph.D. in Microbiology and Immunology from the University of Oklahoma College of Medicine. After a postdoctoral fellowship at Washington University in St. Louis, Missouri, he joined the faculty at the University of Oklahoma College of Medicine. His research interests are primarily focused on host-parasite relationships. Much of his published work relates to the virulence factors of Gram-positive bacteria such as Enterococcus, Staphylococcus and Bacillus, as well as the host immunological responses to these infections. In his current full-time, undergraduate teaching position at his alma mater, he has been awarded Oklahoma Baptist University’s Promising Teacher Award and the Distinguished Teaching Award.

Maya R. Chaddah graduated with a double major in Human Biology and Spanish, followed by an M.Sc. in Immunology at the University of Toronto. In 1996, Ms. Chaddah started a business focused on the writing and editing of scientific and medical publications. Her expertise has grown to include scientific and medical illustration, and she continues to produce a variety of communications for diverse audiences in the public and private sectors. 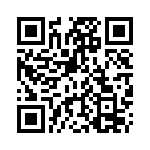