Página 105
At a later officer who accompanied us on our viewing another correspondent , who visits to these places , made no effort had been on the train , said that the to support the pretence of selftrain had not even quivered . So , defence .
Página 131
To this one later becomes accustomed , but smelt for the first time it comes as a shock . Often some smells can be readily identified : pigs , dank wood , offal , excreta , local tobacco , animals in general and people in particular .
Página 147
The disappointMy grandfather , who played cricket ment was filed for future reference for the village team at Grappenhall , and we decided to push on and attack less than a mile from the Canal at the mystery later , from the northern ... 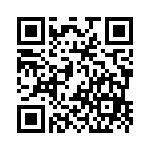