Página 70
Sir Ferdinando Gorges , one of the principal figures in the Council for New
England , had been ignorant of the Bay Company's royal charter . Apprised of it in
1632 , Gorges sought to restore the colony to the council's control . He was able
to ...
Página 142
In the year of his accession , Charles II appointed a Council of Trade and a
Council for Foreign Plantations . Both new groups had membership drawn from
the ranks of “ civilian ” experts as well as from the Privy Council . Of the two , the ...
Página 250
... Discourse about Civil Government in a New Plantation , 71 ; Moses His
Judicials , 71 Council of Foreign Plantations , 142 Council for New England , 34 ,
36 , 40 , 70 , 74 , 83 Council for New Netherland , 146 Council of Safety , 178
Council ...

FRANCIS J. BREMER is emeritus professor of history at Millersville University of Pennsylvania. A leading authority on Puritanism, he is the author of numerous books, including First Founders: American Puritans and Puritanism in an Atlantic World and the award-winning biography John Winthrop: America’s Forgotten Founding Father. 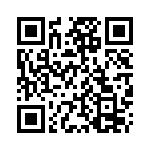