Elected to Parliament as a Labour member in 1948, Roy Jenkins (B: 1920) served in several major posts in Harold Wilson's First Government and as Home Secretary from 1965-1967. In 1987, Jenkins was elected to succeed Harold Macmillan as Chancellor of the University of Oxford following the latter's death, a position he held until his own death in 2003. Jenkins grew to political maturity during the twilight of a great age of British parliamentary democracy. As much as Churchill, though in quite a different way, Jenkins was from the cradle a creature of the system that nurtured Palmerston and Disraeli, Gladstone, Asquith and Lloyd George. 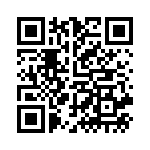