Página 35
Thus , we conclude that IP , corresponds to removal of a nonbonding electron , as
expected from our simple MO picture of formaldehyde . The vibrational structure
of IP2 indicates that an electron has been ejected from a strongly bonding ...
Página 229
Ti ( , 7 * ) is not expected to undergo concerted pericyclic reactions unless the
product can be produced in a triplet state or if a good spin - orbit coupling
mechanism is available . More commonly , T , ( 1 , 7 * ) will generate a primary
diradical ...
Página 287
The intensities of the CIDNP polarization was found , as expected from a T , -S
polarization mechanism , to be magneticfield - dependent . The greatest intensity
is expected when T. and S are exactly degenerate , i.e. , when gßHo = 21 ,,
where ... 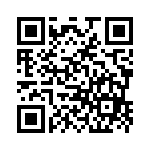