Jay Rahn is a Canadian ethnomusicologist and is a Professor of Music at York University. He has published extensively on ethnomusicology, music theory, and music history. 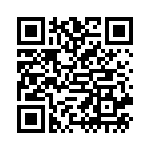