I've awarded five stars to Joan Didion's remarkable Slouching Towards Bethlehem: Essays, a very rare rating from me for any work of nonfiction. I probably can't add anything to the acreage of praise ... Ler resenha completa

Joan Didion lives in New York City with her husband, author John Gregory Dunne. Alongside her acclaimed non-fiction work, she is also the author of several novels, including A Book of Common Prayer, The Last Thing He Wanted and Play It As It Lays. 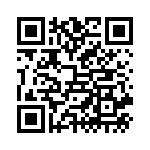