Seite 58
Queen . How now , Ophelia ? Oph . How should I your true love know From another one ? By his cockle hat and staff , And his sandal shoon . Queen . Alas , sweet lady , what imports this song ? Oph . Say you ? nay , pray you , markHe is ...
Seite 61
Queen . There is a willow grows ascaunt the brook , That shows his hoar leaves in the glassy stream ; Therewith fantastic garlands did she make Of crow - flowers , nettles , daisies , and long purples , That liberal shepherds give a ...
Seite 95
Camillo promises to do so if the king will not injure the queen in the eyes of the world . This is acceded to . But Camillo , meeting Bohemia , tells him all , and conjures him to fly . They both flee together . 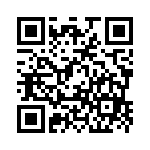