Seite 410
On the 1st of July our advanced corps , the First and Eleventh , under Generals Reynolds and Howard , came in contact with the enemy , strongly posted near the town of Gettysburg , and , attacking at once , fought an in . decisive ...
Seite 411
from our side , when it was followed by a heavy assault of infantry , directed mainly against the Second Corps , and repelled with firmness and success by that corps , supported by Stannard's Brigade of the First Corps .
Seite 680
General Sheridan , with his cavalry , the Fifth Corps , and Miles's Division of the Second Orps , which was sent to him this inorning , is 129 sierpoing down froin the west . All now looks highly favorable . 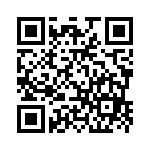