Quite good, brings out his thesis, and explains his arguments very well. When he delves deep into philosophy some readers might go a little cross-eyed, Hobbes, Hegel, et al, but a compelling book. Ler resenha completa

The End of History and the Last ManのEcritureさんの感想・レビュー

The last man, living in the end of history, comes to be unhappy with his "equalness" only to restart another history, revolution, and war. Liberal democracy is not enough to satisfy sb's megalothymia. Who knows where the historical wagons are going? Ler resenha completa

Yoshihiro Francis Fukuyama was born October 27, 1952 in the Hyde Park neighborhood of Chicago. Fukuyama received his Bachelor of Arts degree in classics from Cornell University, where he studied political philosophy under Allan Bloom. He initially pursued graduate studies in comparative literature at Yale University, going to Paris for six months to study under Roland Barthes and Jacques Derrida, but became disillusioned and switched to political science at Harvard University. There, he studied with Samuel P. Huntington and Harvey Mansfield, among others. He earned his Ph.D. in Political Science from Harvard for his thesis on Soviet threats to intervene in the Middle East. In 1979, he joined the global policy think tank RAND Corporation. Fukuyama was the Omer L. and Nancy Hirst Professor of Public Policy in the School of Public Policy at George Mason University from 1996 to 2000. Until July 10, 2010, he was the Bernard L. Schwartz Professor of International Political Economy and Director of the International Development Program at the Paul H. Nitze School of Advanced International Studies of Johns Hopkins University, located in Washington, D.C. He is now Olivier Nomellini Senior Fellow and resident in the Center on Democracy, Development, and the Rule of Law at the Freeman Spogli Institute for International Studies at Stanford University. Fukuyama is best known as the author of The End of History and the Last Man, in which he argued that the progression of human history as a struggle between ideologies is largely at an end, with the world settling on liberal democracy after the end of the Cold War and the fall of the Berlin Wall in 1989. Fukuyama predicted the eventual global triumph of political and economic liberalism. He has written a number of other books, among them Trust: The Social Virtues and the Creation of Prosperity and Our Posthuman Future: Consequences of the Biotechnology Revolution. His latest work The Origins of Political Order: From Prehistoric Times to the French Revolution made Publisher's Weekly Best Seller's List for 2011. 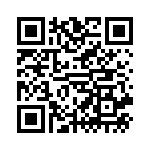