Mary B. Moore is an assistant professor of English at Marshall University. She is the author of The Book of Snow, a collection of poems. 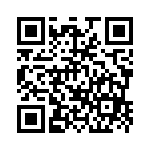