Página 94
The idea which first enters the mind as a “ representation , ” an idea with an aura of feeling and impulse , is under an immense disadvantage in becoming a detached , critical idea , an idea free to make new combinations in the mind .
Página 439
It is a vain and unreasonable pretension , to set up the feelings and the wishes of any part , however eminent , against the all - powerful intelligence of ... It expresses accurately , I think , the inner feeling of the German soul .
Página 443
When a Frenchman undertakes to bring about the triumph of intelligence and of logic , he is apt to forget the rights of feeling . But sentiment , being no less human than intelligence , protests , and in turn reasserts itself with its ... 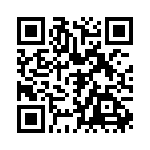