Every single women and girl should read this book – I am not exaggerating, I think this book has information and to the point advice on how to take care of the part of us that school or even your ... Ler resenha completa

Debby Herbenick, PhD, is Associate Director and Research Scientist at the Center for Sexual Health Promotion, Indiana University, the Sexual Health Educator for The Kinsey Institute for Research in Sex, Gender and Reproduction, and a widely read sex columnist for various newspapers and magazines. She is also the author of Because It Feels Good: A Woman's Guide to Sexual Pleasure and Satisfaction. She has served as an expert on the vagina and vulva (and other sex topics) for The Tyra Banks Show and The Doctors and writes about sex for MySexProfessor.com, Psychology Today, WebMD and Men's Health magazine. She is also a member of the International Society for the Study of Vulvovaginal Disease, the International Society for the Study of Women's Sexual Health, and the International Academy of Sex Research. As a widely cited sex expert, she has been quoted in more than 500 magazine and newspaper articles including those in The New York Times, Glamour, Marie Claire, The LA Times, The San Francisco Chronicle, Cosmo (US), Cosmo (UK), Women's Health, Men's Health and SELF.

Vanessa Schick, PhD, is a social psychologist at the Center for Sexual Health Promotion, Indiana University. She has conducted a variety of studies on the vulva that have been published in peer reviewed journals ranging from the changes in the portrayal of the vulva in sexually explicit magazines to understanding how women's concerns about their vulva appearance impacts them in the bedroom. She has presented her work to a variety of diverse audiences ranging from the Kinsey Institute to students in the classroom to sex researchers at European Federation of Sexology conference in Rome, Italy. She is also a member of the International Society for the Study of Vulvovaginal Disease and the International Academy of Sex Research. 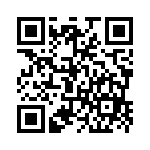