Página 25
Division of Question . Rule 57. Any member may call for a division of the question , and if supported by a majority vote of the Members present and voting , shall be divided if it comprehend propositions in substance so distinct that ...
Página 298
The question being on the adoption of the amendment offered by Rep . Stopczynski , After debate , Rep . Owen demanded the previous question . The demand was supported . The question being , " Shall the main question now be put ?
Página 490
The question being on the adoption of the amendments to the Senate substitute offered by Reps . Gilmer , Nash , Bender , Hillegonds , Dressel , Van Singel , Engler , Knight , DeLange , Bryant and Runco , After debate , Rep . 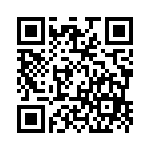