Col. Robert W. Black, a highly decorated Ranger veteran of Korea and Vietnam, is a member of the Ranger Hall of Fame. He lives in Carlisle, Pennsylvania, and Port Charlotte, Florida. 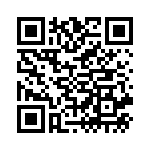