Horatio Alger was born in Massachusetts in 1832. He was a graduate of Harvard University. He was considered one of the most renown writers of the 19th Century. His protagonists were usually young boys who struggled from poverty to achieve success in life. He wrote over 100 books with that theme. His titles include "Ragged Dick," "Adrift in New York," 'Sink or Swim," and "The Odds Against Him," "Rough and Ready,"Sam's Chance,"and "Paul the Peddler." Alger died in 1899. 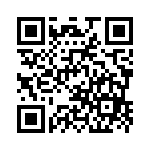