Steele was born in the same year as Joseph Addison, whom he knew at Charterhouse School and at Oxford, which Steele left before receiving his degree. In 1709 he began the first of a series of periodicals that established the characteristics of the "periodical essay." This essay form, which was short and usually addressed personal topics, evolved primarily from journalistic sources and for journalistic purposes. Nevertheless, the essays appearing in The Tatler (from 1709) and The Spectator (from 1711) exerted a tremendous influence. Addison, who was a frequent contributor to both periodicals, displayed insight and elegance in his 42 numbers of The Tatler; Steele, with less elegance and wit, produced 188 and showed a warmth and sympathy that many readers preferred to Addison's cool intelligence. Steele's best-known play, The Conscious Lovers (1722), retreats from the artifice and aristocratic notions of Restoration drama, promoting instead a sound middle-class gentility. Married twice, Steele died in Wales, where he lived because of his debts.

Addison, son of the Dean of Litchfield, took high honors at Oxford University and then joined the British army. He first came to literary fame by writing a poem, "The Campaign" (1704), to celebrate the Battle of Blenheim. When Richard Steele, whom he had known in his public school Charterhouse, started The Tatler in 1709, Addison became a regular contributor. But his contributions to a later venture The Spectator (generally considered the zenith of the periodical essay), were fundamental. While Steele can be credited with the editorial direction of the journal, Addison's essays, ranging from gently satiric to genuinely funny, secured the journal's success. In The Spectator, No. 10, Addison declared that the journal aimed "to enliven morality with wit, and to temper wit with morality." His brilliant character of Sir Roger de Coverley (followed from rake to reformation) distinguishes the most popular essays. Addison died in 1719. He is buried in Westminster Abbey. 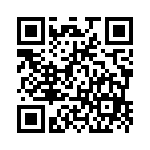