Timothy M. Gill is an assistant professor of sociology at the University of North Carolina at Wilmington. He has published within both academic and public outlets on topics including Venezuelan politics, U.S. global empire, and sociological theory. 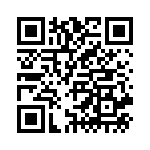