Página 12
He had now taken up , not altogether of his own choice , the position he retained to the end of his life - that of leader of the High Church , Tractarian , or Puseyite party . For such a position his qualifications were obvious .
Página 460
example , A occupies a position ; B attacks A , and recoils with heavy losses , and much demoralised . If Bhas failed , before losses and demoralisation have weakened him , to carry the position , he is not likely to succeed at the ...
Página 461
The defender can ascertain the ranges from all parts of the position to spots likely to be occupied or advanced over by the enemy , and especially to all probable artillery positions . Finally , the defender can , from the nature of ... 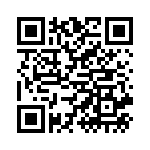