Página 72
Randolph , the political adversary , was cast in the role of the Babylonian Nebuchadnezzar , who defeated Judah and carried much of its population into slavery . " This time , however , Judah prevailed because Randolph's attempt to ...
Página 74
He could make this shift comfortably because , while he did not revive the old charter , he secured the continuance of New England by accepting the new one , fulfilling his political mission for New England's people .
Página 4
The two typical sites of contention are , first , the political means , not the ends , by which an improved society is to be achieved , and , second , the educational means by which to achieve amelioration . 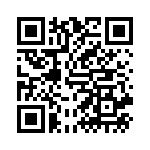