Página 261
... in our constitution without the consent of their constituents ' ; kirk members had
little time either for what many considered to be an unsustainable innovation -
one nation , or state , with two authorised forms of church government . 80 Few ...
Página 293
The Act of Security , passed by a massive majority on 12 November , and which
confirmed the Church of Scotland as the national kirk , unalterable after the union
, was helpful in settling the concerns of moderate churchmen ; within a few days ...
Página 350
announced his intention of supporting the kirk in Scotland and was celebrated
therefore as a ' bulwark ' and ' preserver ' of the Protestant religion . 165 Partly to
counter the Jacobites but also to strengthen the allegiance of those inclined ... 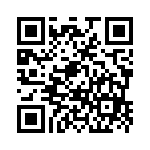