Página 259 - OUR age is retrospective. It builds the sepulchres of the fathers. It writes biographies, histories, and criticism. The foregoing generations beheld God and nature face to face; we, through their eyes. Why should not we also enjoy an original relation to the universe?
Aparece em 318 livros de 1835-2008
Página 279 - In short, at the frontier the environment is at first too strong for the man. He must accept the conditions which it furnishes, or perish, and so he fits himself into the Indian clearings and follows the Indian trails.
Aparece em 212 livros de 1890-2008
Mais
Página 264 - When I would recreate myself, I seek the darkest wood, the thickest and most interminable, and, to the citizen, most dismal swamp. I enter a swamp as a sacred place, a sanctum sanctorum. There is the strength, the marrow of Nature.
Aparece em 93 livros de 1803-2008
Página 263 - The West of which I speak is but another name for the Wild; and what I have been preparing to say is, that in Wildness is the preservation of the World.
Aparece em 124 livros de 1803-2008
Página 271 - ... would reduce it to such a condition of impoverished productiveness, of shattered surface, of climatic excess, as to threaten the depravation, barbarism, and, perhaps, even extinction of the species.
Aparece em 74 livros de 1854-2005
Página 263 - A people who would begin by burning the fences and let the forest stand! I saw the fences half consumed, their ends lost in the middle of the prairie, and some worldly miser, with a surveyor looking after his bounds, while heaven had taken place around him, and he did not see the angels going to and fro, but was looking for an old post-hole in the midst of paradise.
Aparece em 71 livros de 1803-2008
Menos

John T. Cumbler, Ph.D., is professor of history at the University of Louisville, Louisville, KY. 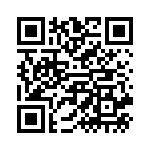