Dr. Hanna Oktaba has a PhD in computer science from the University of Warsaw, Poland, 1982. She has been professor of computer science at the Universidad Nacional Aut˘noma de M xico (UNAM) since 1983. She was part of the group that founded the Mexican Society of Quality for Software Engineering (AMCIS), where she has played major roles ever since. She has been in charge of the MoProSoft and EvalProSoft projects for the Mexican government program PROSOFT since 2002. MoProSoft is a software process model for micro and small software development organizations, and EvalProSoft is a process assessment method based on ISO/IEC 15504-2; both documents were accepted as Mexican national standards in August 2005. She was distinguished by the Software Engineering Institute (SEI) as a member of the International Process Research Group (IPRC) whose purpose is to define the process research roadmap for the next 10 years. She has been the technical director of the COMPETISOFT project, funded by CYTED, since January 2006. The general purpose of this project is to enhance competitiveness through process improvement in small and medium Ibero-American software companies; the project comprises 23 groups from 13 countries. 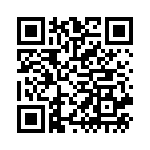